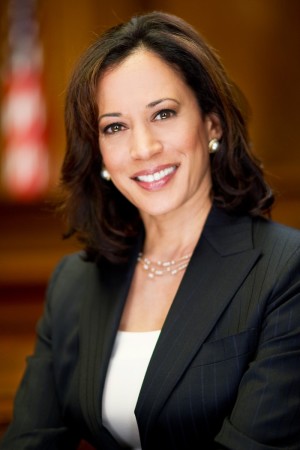 Kamala Harris is the 32nd Attorney General of California. She was born in Oakland, California in 1964. Her mother is Indian and her father is Jamaican-American. Harris’ mother was a doctor with a speciality in breast cancer, and her father was an economics professor at Stanford University. Still young when her parents divorced, Harris lived with her mother in Montreal and Berkeley, Oakland.

Harris graduated from the historically Black Howard University, and then went to the University of California, Hastings College of the Law for law school. Harris was elected Attorney General in 2010 and re-elected in 2014. She is the first female, first Black and first Asian attorney general in California.

Early in her career, The Los Angeles Daily Journal named her one of the top 100 lawyers in California. In 2004, she was honored by The National Urban League as a “Woman of Power,” and the National Black Prosecutors Association honored her with the Thurgood Marshall Award in 2005.

Kamala Harris grew up embracing both sides of her culture. She worshipped in Black churches and lived in predominantly Black neighborhoods, while also worshipping at Hindu temples and visiting India on multiple occasions. In an interview with the Associated Press, Harris said, “I grew up in a family where I had a strong sense of my culture and who I am.”

Harris is frequently referred to as the female Barack Obama, and she has made amazing strides in politics. Next up, Harris is running for the United States Senate seat in the 2016 election, in the hopes of replacing Barbara Boxer.