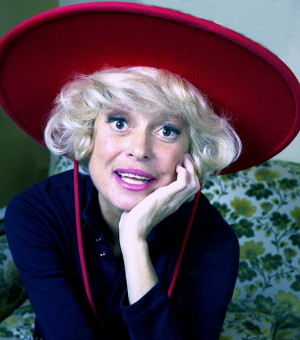 Carol Channing was born in 1921 in Seattle, Washington. Now 94 years old, she held a long career as an actress, singer, dancer, comedian and voice actress. Channing’s mother was White, and her father was half White and half Black but passed for White. Channing’s mother told her about her father’s ethnicity when she was 16, in case Channing got pregnant with a “Black baby.” After discovering her ethnicity, Channing continued to identify White and revealed her Black ancestry in a memoir in 2002.

Channing became interested in acting when she was a young girl, and she pursued her interest after moving to the east coast for college. She has appeared and starred in dozens of musicals, both for theater and film, including Hello, Dolly!, Alice in Wonderland, Show Girl and Gentlemen Prefer Blondes. In 1970, she became the first celebrity to sing at a Super Bowl Halftime. In 1981 she was inducted into the American Theatre Hall of Fame, and in 1995 she was awarded the Tony Lifetime Achievement Award.

Channing was married four times, and the fourth was to her junior high sweetheart when she was 82, after he had read her fond memories of him in her memoir. They remained married until his death in 2011.