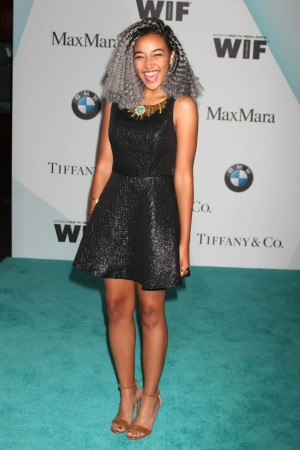 Amandla Stenberg is a young Biracial actress whom Time Magazine named one of the 30 Most Influential Teens of 2015. Born of a Black mother and a Danish father, Stenberg has been in the entertainment industry since age four. She is best known for playing Rue in The Hunger Games. Stenberg being cast as Rue was controversial for many White moviegoers. Rue is described in the book as having “dark brown skin and eyes” and “thick dark hair”; however, a significant number of Americans were vocally upset that she didn’t represent the Whiter image they had in their own minds.

Stenberg hasn’t shied away from speaking up about racial issues, however. In 2015, her school video project entitled “Don’t Cash Crop My Cornrows” went viral, in which she discusses the dangers of cultural appropriation. Also in 2015, Stenberg penned a comic book entitled Niobe: She Is Life, which chronicles the experiences of a biracial heroine. According to People Magazine, Stenberg wanted to create a story about a woman of color who wasn’t limited to representing a “token character.”

Stenberg is only 20, but she’s already established a platform to speak up for the Black and mixed race community.